Windows operating systems, ever since Windows Me in 1990s era, include a feature that helps to recover the system in the event of BSODs (Blue Screen of Death), errors, crashes, driver conflicts, system files or registry corruption, application malfunction, and even malware infections. The feature is System Restore, which allows user to revert and rollback the system to a state at a previous point in time.

In Windows ME through Windows XP, System Restore works by monitoring changes for certain set of file extensions, and then backs up the files before any changes is made. Beginning from Windows Vista, Shadow Copy (also known as Volume Snapshot Service or Volume Shadow Copy Service or VSS) technology is implemented. Shadow Copy allows block-level changes in any files located in any directory on the volume to be monitored and backed up (as in system snapshot is taken), and as such greatly improves the functionality of System Restore such as ability to be used from Windows Recovery Environment and Preview Versions.

In addition to using System Restore to revert the complete Windows system to a previous state, Windows OS also support usage of Previous Versions to recover files and folders that may be lost, deleted or changed from when the System Restore points were created. 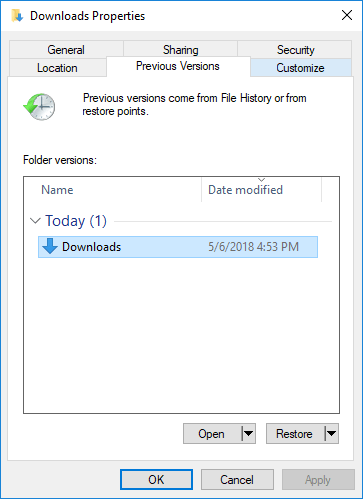 Previous Versions is the official GUI way to view the content of System Restore points and/or File History. To view the files that were backed up by Shadow Copy, right click on the file or folder, and select “Properties”, and then go to “Previous Versions” tab.

However, Previous Versions may not be working properly, as might omit some of the shadow copies. Furthermore, the ‘Previous Versions’ window doesn’t allow you to access or copy system files unless UAC (User Account Control) is turned off. And the Previous Versions is generally not so intuitive if you want to restore many files and folders, or simply want to browse or preview the data that contained inside the System Restore points.

ShadowExplorer is a program that is specially thought for users of the Home editions of Windows Vista, Windows 7, Windows 8 and Windows 10, who don’t have access to the Shadow Copy by default even though the feature and functionality is included in all editions of Windows operating system. With ShadowExplorer, user can access the shadow storage and view all point-in-time copies accessible accessible to the user 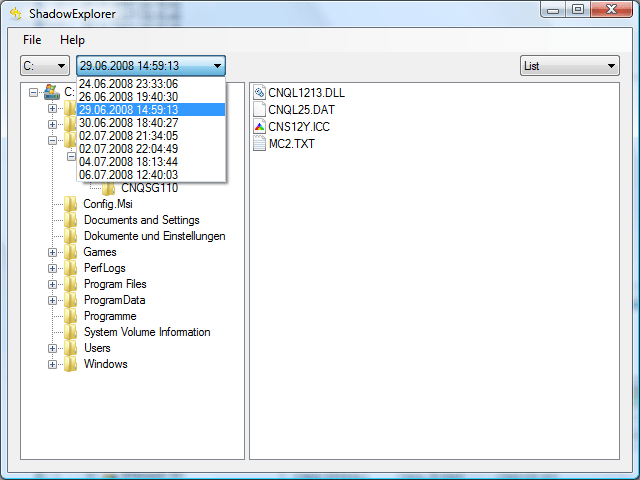 Using Shadow Explorer is very easy, and no mounting is required. Just run the program, and then select the drive (must have System Restore enabled) and one of the available point-in-time Shadow Copies to start viewing all the files and folders available at the particular point-in-time. Right click on any files or folders to export the content.

Download ShadowExplorer (portable version which does not require installation is available)

ShadowCopyView is simple tool for Windows 10/8/7/Vista that lists the snapshots of your hard drive created by the ‘Volume Shadow Copy’ service of Windows, which contain an older versions of your files and folders from the date that the snapshot was created. 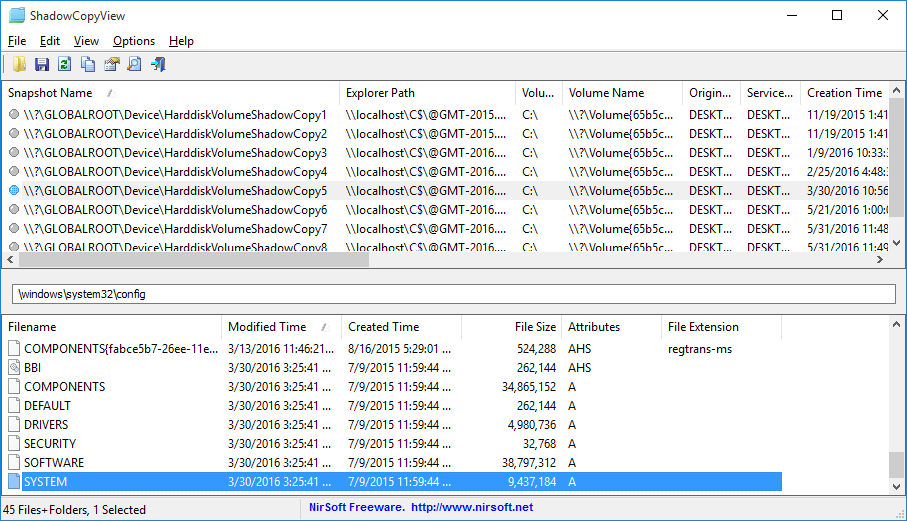 System Restore Explorer is a tool that has been designed specifically for the task of viewing and copying files from System Restore points without the requirement of having to restore the whole set of backed up files. The program works by mounting the selected restore point as a virtual folder using the Volume Shadow Copy Service, from which you can then view and copy files. 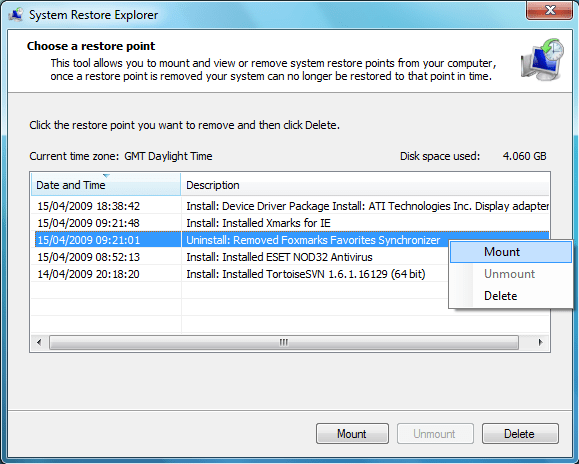 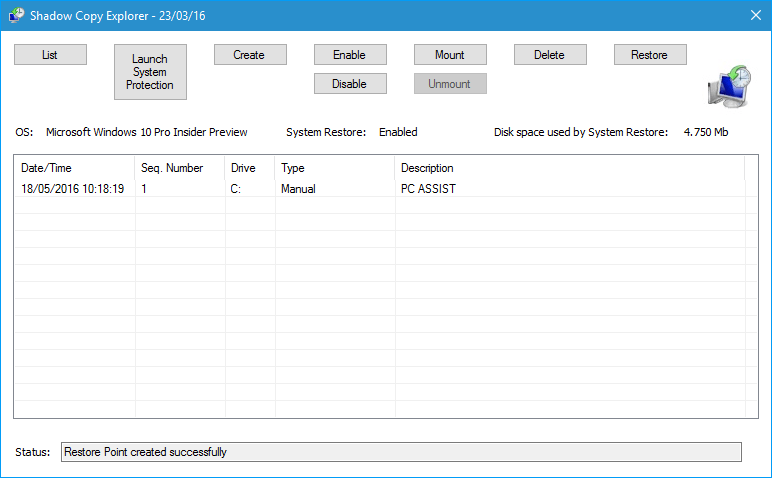