The Adobe PSD previewers will allow users to save time by displaying a thumbnail preview of the Photoshop image when the file is selected, without loading the resource-hungry Photoshop application. 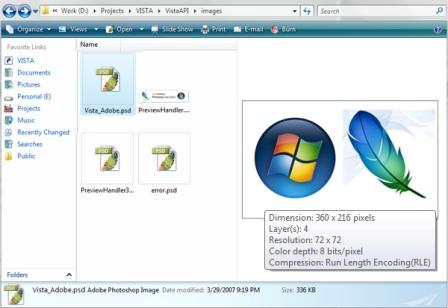 The features of the Adobe Photoshop PSD Preview Handler include:

Adobe Photoshop PSD Preview Handler with framework can be downloaded from CodeProject. Also available is project’s source code, with full explanation for those who are interested.