When attempting to run a non-UWP (Universal Windows Platform) Win32 setup installer to install a program, or trying to run a standalone or portable application on Windows 10 desktop, a warning dialog pops-up stating the following statement, with two options of “Get apps from Store” and “Install anyway”.

Installing apps only from the Store helps protect your PC and keep it running smoothly. 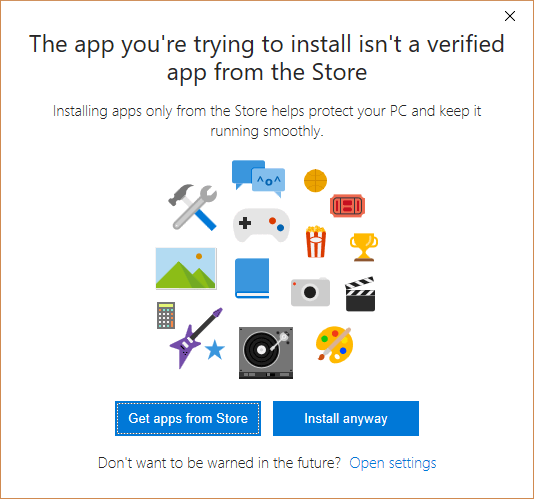 The warning message does not stop non-Windows Store apps from running or installing traditional or legacy desktop application programs. Instead, the “feature” is hope to ensure that users only install trusted apps to minimize the risk posed by non-vetted apps downloaded from Internet or received in emails.