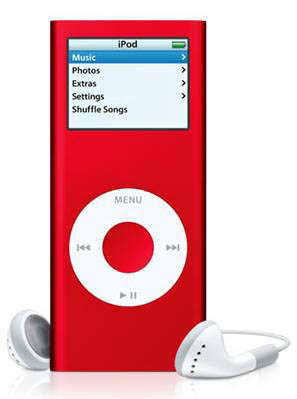 Apple Matters reviews iPod Nano (PRODUCT) Red and concludes with rating of 8 out of 10 that for those that don’t have a large enough music collection to justify a purchase of the iPod, the Nano is definitely the next best thing. The size and weight are perfect for those who use their iPods in gyms or in sports (such as running or cycling). It’s also worth while noting that the 2G Nanos resemble the iPod Mini much more than the 1G, so if you were disappointed when Apple buried the Mini, then these newly re-mastered Nano’s could be the Christmas purchase/present for you.