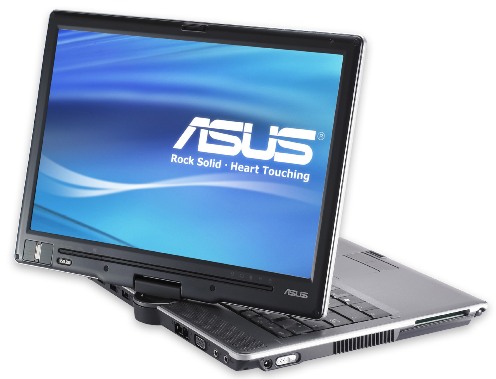 TabletPCReview reviews Asus R1F and concludes that “I’ve mentioned a lot of good things about the R1F, because it really is great – it’s a quality machine inside and out. So I’ll only mention the cons – which for me is the scratches on the tablet pen (because of the pen-slot not being smooth on the inside), the plastic notebook casing (I wish it was metal!), and the non-airbag fitted hard drive (such as the IBM X-tablet). Other than that, if you want the best tablet PC cheaper than other like brands, the R1F is the cream of the crop. The Fujitsu T4210 has a smaller screen, doesn’t have a sharp design and is more expensive, and the Toshiba R25 looks boring, is heavy and looks boring. They were my 3 contenders. ASUS R1F can be proudly named Ms Universe of tablet PCs (for now).”