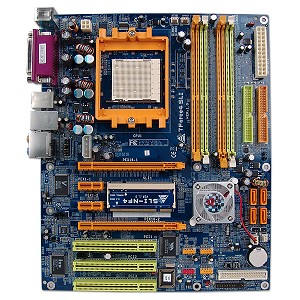 (dead link) reviews Biostar T-Force N4SLIA9T SLI Socket 939 ATX motherboard and concludes that “while the days of the single core processors might be slowing down with the advent of the dual core processors, the Biostar T-Force N4SLIA9T S939 SLI Motherboard reminds me that these older system still have useful days left in them. Overall, I was very impressed with this motherboard that comes with a great set of features and is well-designed. While its performance doesn’t blow other motherboards out of the water, its solid construction and wealth of overclocking utilities make this motherboard a great choice and gives you another reason to keep that older computer around just a while longer.”