From Windows 8, including Windows 8.1, Windows 10 or later and their server equivalent, simply press Win + PrintScreen (PrtSc) keyboard shortcuts to activate screenshot feature to capture everything on the screen when the keys were pressed.

All screenshot is saved as a PNG image at %UserProfile%\Pictures\Screenshots folder. The image files are named sequentially as ‘Screenshot (#).png’ where # is an incremental number starting from 1 which indicates the screenshot index. The sequential index number for the screenshot does not reset if you delete last captured screenshots, and it does not go back and start over at 1 even if you remove all the screenshot images. The new screenshot will continue to have higher number in its file name. 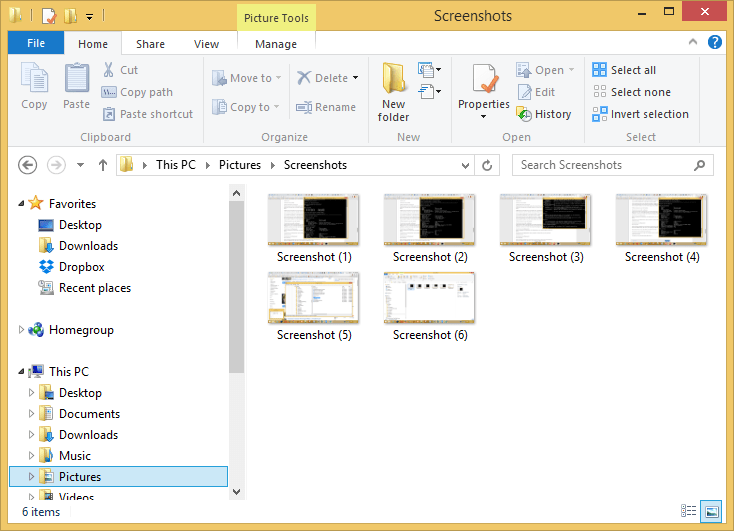