As such, Microsoft has released a new update for Windows Insiders on the Fast ring, which updates the Windows 10 Anniversary Update’s build version and build revision from 14393.0 to 14393.3. The update comes as a Cumulative Update for Windows 10 Version 1607 (KB3176925). 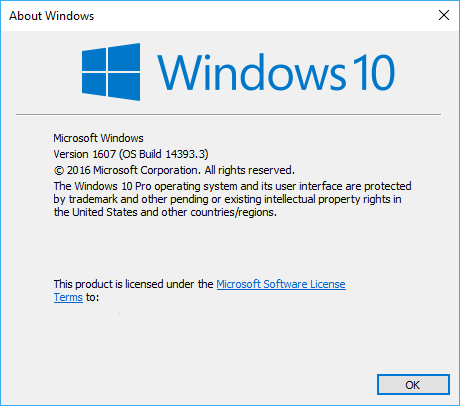 The knowledgebase article from Microsoft only specifies that the Cumulative Update includes improvements and fixes to enhance the functionality of Windows 10 Version 1607. In fact, this is expected. The changelog lists the changes as follow:

If you have installed Windows 10 Build 14393, and are still set to receive Windows Insider Preview builds in the Fast Ring, go to the Settings app -> Update & Security -> Check for updates to get the latest patches for your system.

Not on Windows Insider program but already running Windows 10 Version 1607? You can always download the update .cab file from Microsoft’s server, and install the .cab cabinet files manually.