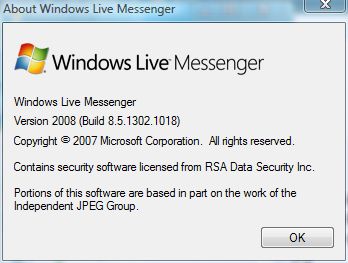 As usual, Windows Live Messenger 8.5 can be downloaded and installed from (no longer available).

Even if you’re not downloading and installing manually from links above, users using old version of Windows Live Messenger will be offered to upgrade to latest version of WLM 8.5 in the near future. The upgrade to final version is compulsory for users using WLM 8.5 Beta. But note that Windows XP 64-bit or Windows 2003 Server users won’t get the upgrade, and are suggested to downgrade to use Windows Live Messenger 8.1 instead, as these operating systems won’t be supported by future Messenger versions.