SyncToy is a free synchronization software utility for Windows which helps users to copy, move, rename, and delete files between folders on local or remote computers and mobile or portable devices such as digital cameras, cell phones, portable media players, camcorders, PDAs, and laptops. SyncToy 2.0 is an upgrade from SyncToy 1.4 which enhances the application with a redesigned sync engine for better performance and scalability. SyncToy v2.0 is currently in beta. 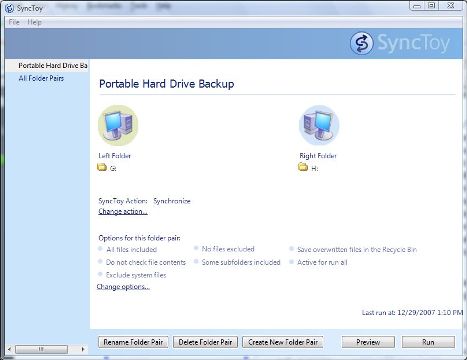 SyncToy 2.0 has all the functionalities of SyncToy 1.4, plus features listed below that are enhanced, added or improved in SyncToy 2.0:

For users who interested to know more information about SyncToy 2.0 such as benefits for photographers, how to use SyncToy, how SyncToy works and its limitations, download and read the (no longer available).