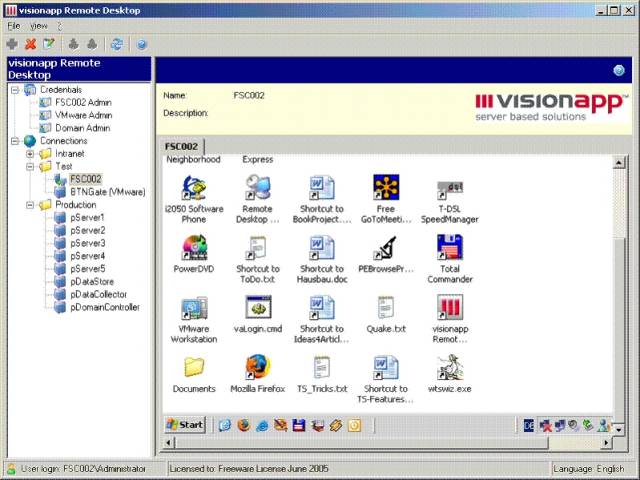 The features of visionapp Remote Desktop (vRD) include: