In other words, after upgrading to Windows 10 Anniversary Update or Windows 10 Build 14332 or later, you may face with issues where Connected Standby does not work as intended, or what’s previously work now do not, as Windows is suppressing the background activities of the apps more aggressively. For example, you may not receive new notifications from Windows or some apps, emails are not synced and etc.

Go into Settings -> System -> Battery. Add the apps that you want to run during Connected Standby to Always allowed to enable them to continuously run in the background. 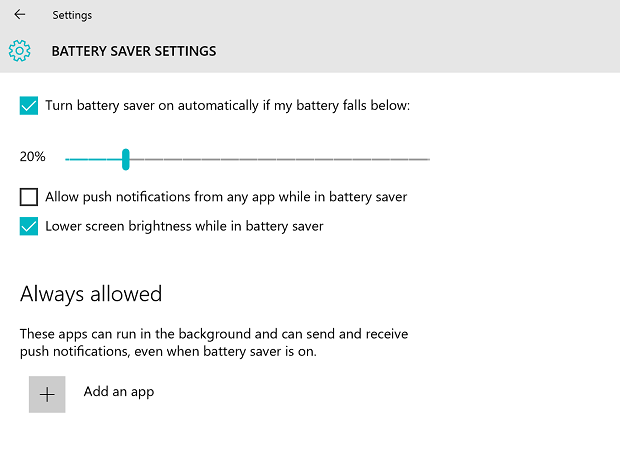 Open an Admin Command Prompt, and run the following commands:

To re-enable the new Connected Standby behavior, run the same command lines as above but just change ‘0’ to ‘1’.

Restart the computer when done.