Highlights of features including new enhancements and improvements to Kaspersky Internet Security 2009 8.0:

Simply download and install latest version of Kaspersky Internet Security (KIS) 2009, and the use the following activation code provided by UBS Switzerland to register and activate the KIS 2009. After installation, simply click on Activate Online to perform instant activation instead of using trial version. 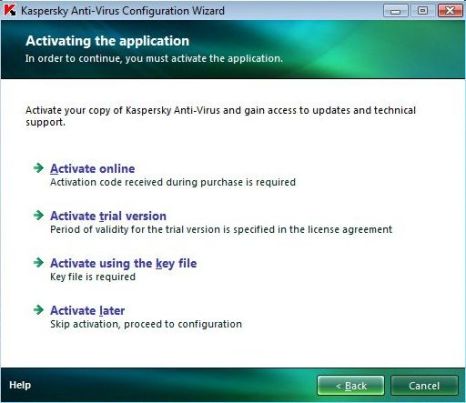 The activation code will convert KIS 2009 to a trial product with 183 days of subscription validity period from date of activation. So it you activate the “Trial Version” first which allows user to use Kaspersky Internet Security 2009 for 30 days, and then activate online with the activation code at the end of free trial period, effectively KIS 2007 can be used for 7 months. Of course, provided the promotion hasn’t expired. 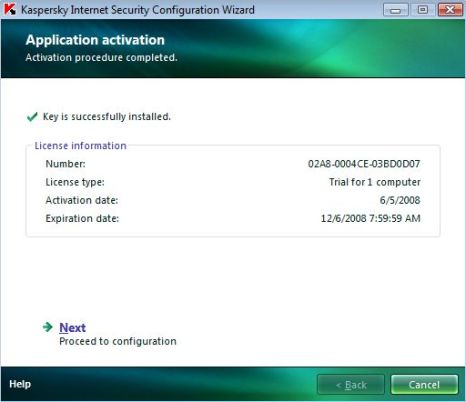 Although KIS 2009 program says it’s activated with a trial license reg key, the activation code is valid and genuine, and comes with 6 months of free support and unlimited hourly virus signature update subscription. Most importantly, it can be used with no limitation or time restriction. 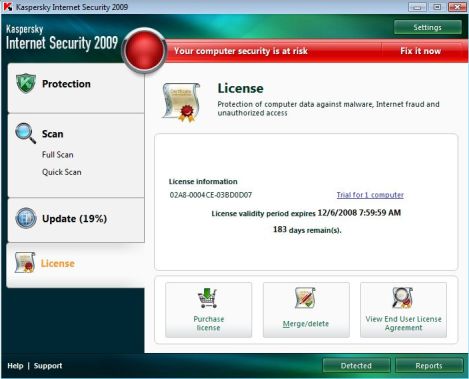 There is even more generous free 1 year for 3 PC license of KIS for Barclays customers.