But shortly after Microsoft retracted the statement, and reiterated the official position that all systems requires genuine Windows 7 or Windows 8.1 in order to receive the free upgrade to Windows 10. But apparently the denial is just a lip service to prevent more people to sign up for Windows Insider program to gain free genuine license, especially those who are running Windows XP and Windows Vista, or those who build own machines or plan to deploy in virtual machines. 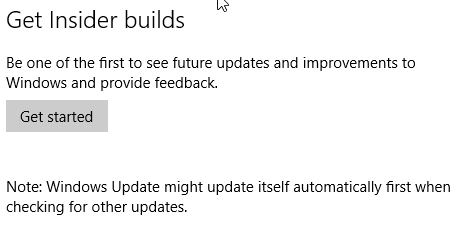 The system not joining Windows Insider.

The system is activated.

Microsoft is using a set of generic product keys to install and activate Windows 10 which was upgraded from Windows 7, Windows 8.1 or preview builds of Windows 10, which ends with following characters:

Apparently Microsoft is relying on the recorded hardware ID to determine whether it should grant device license and activate an installed Windows 10. So if you have performed the upgrade to Windows 10 RTM so that your machine is registered with Microsoft, you can perform clean install as often as you like, and stay activated.

Nonetheless, there are few reported cases that Windows Insiders need to login with the Microsoft Account to make the freshly clean installed Windows 10 to activate. But it still means free Windows 10 license for all Windows Insiders.

Still wanting the free Windows 10 license? It’s not too late. Just install a build of Windows 10 Insider Preview build, and upgrade from there. You’re good to go with a fully activated and genuine Windows 10. In addition, it appears that pirates also can get Windows 10 upgrade device license for free.