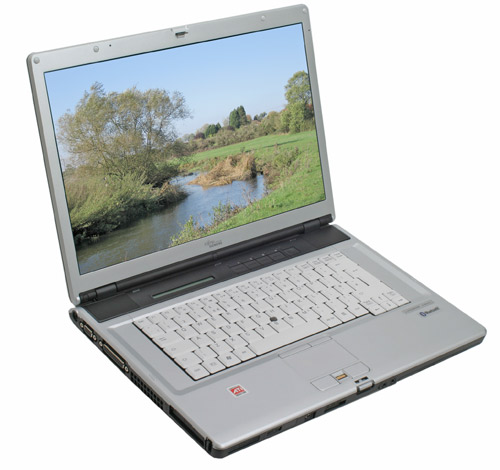 TrustedReviews reviewed Fujitsu LifeBook E8210 3G laptop, gave the overall ratings of 9 out of possible 10 and concluded that “Fujitsu-Siemens should be congratulated for producing the first notebook with an integrated 3G module. OK, so there are a lot of other manufacturers promising similar products, but there’s a lot to be said for actually having working, reviewable hardware rather than just a press release. But it’s not just the 3G functionality that makes the LifeBook E8210 a great notebook, it’s also got one of the best feature sets I’ve ever encountered, great build quality, excellent ergonomics and solid performance.

There’s no denying that this is a very expensive notebook, but it’s easy to see where that money is going. If you’re looking for a notebook with the ultimate in connectivity options coupled with cutting edge components and first rate construction, you’ll have a tough time finding a machine better than this one.”