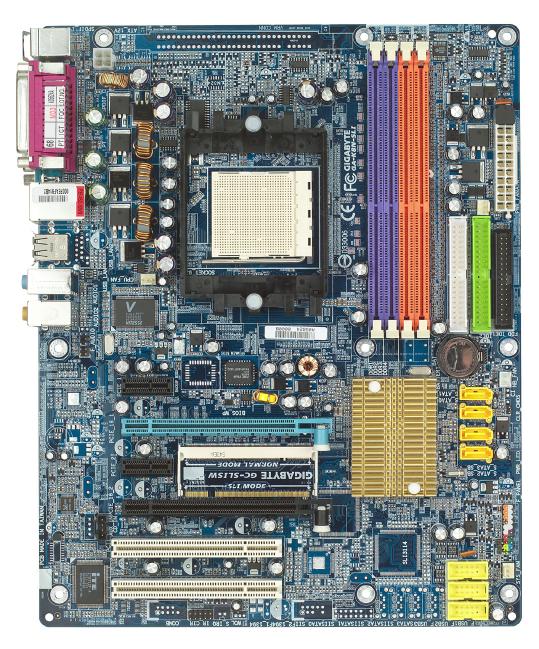 Digit-Life reviews Gigabyt K8N-SLI and concludes that “Gigabyte K8N-SLI is quite an interesting solution for its price for those who don’t want lots of functions and integrated controllers and don’t plan on buying a motherboard that will outlive several processors. Passive cooling copes with its task in the standard mode in a spacey PC case. But it obviously lacks any safety margin for overclocking (a long video card can make it impossible to upgrade the standard heatsink, for example, to a Titan-series cooler). Thus, we can recommend this motherboard to those, who want to assemble a low-noise configuration. Full-stop fan mode, supported by BIOS, contributes to the same conclusion. Pay attention to coaxial S/PDIF In and Out on the rear panel.”