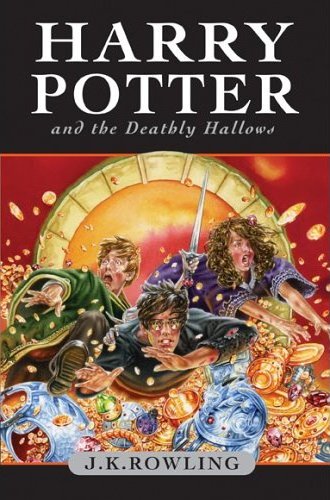 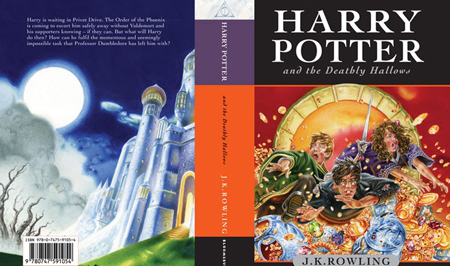 HP7 children edition cover spread showing front and back images for non-US countries edition. The back cover shows Hogwarts by the light of a silvery moon. 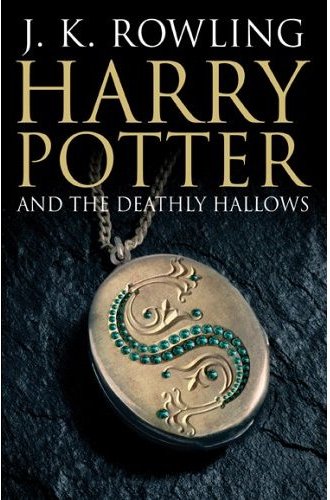 The adult edition book jacket photography for the book ‘Harry Potter and the Deathly Hallows’ by Bloomsbury Publishing, Allen & Unwin, and Raincoast Books. 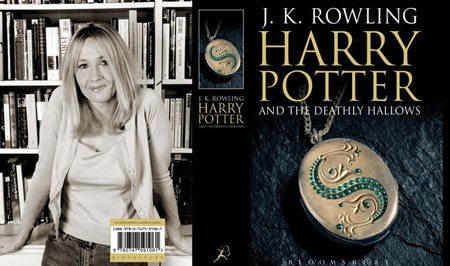 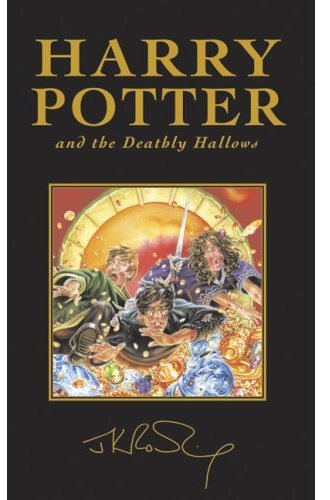 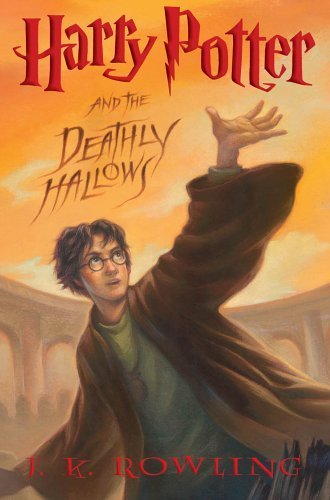 The hardcover and large print front cover artwork illustrated by Mary GrandPre on US edition of Harry Potter book 7 published by Scholastic Press, where the picture shows a dramatic gold and orange sky and a teenage boy in glasses (Harry Potter) reaching upward. Paperback edition likely to use this image too. 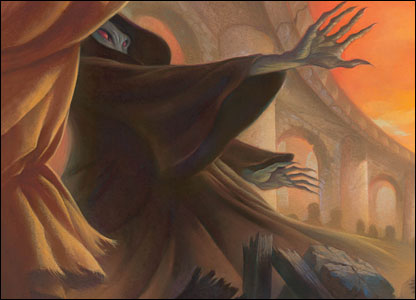 The American cover is a wrap-around, with the back cover showing spidery hands are outstretched towards Harry.

And when you open up the book, the full imagery and the cover illustration is reveled, as shown below.

The picture of full cover spread for US edition of Harry Potter the Deathly Harrows. 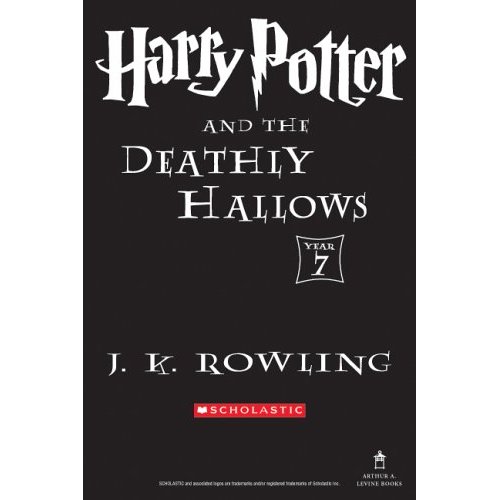 The very initial and early leaked of possible cover for Harry Potter and the Deathly Hallows, before the official cover images been released, likely to be a promotional illustration.