The following editions of Windows 10 April 2018 Update v.1803 Build 17134 are available for download from Microsoft server in ESD file format, which can be converted into bootable ISO file format.

Thus, now you can download the ISO images for RTM version Windows 10 April 2018 Update and perform an upgrade even if you’re not Windows Insider.

To download ISO images for Windows 10 April 2018 Update version 1803, download the Products_RS4_04_20_2018.xml. Locate the direct download link for the language, architecture and edition of Windows 10 that you want, and open its URL in FilePath in any web browser to download the ESD file.

ESD file has to be decrypted with an decryption key and then converted to ISO file. Luckily, there are tools that have been created and constantly updated. One such tool is called ESD Decrypter. Download it, and run the decrypt.cmd to start the conversion process (see the guide to decrypt and convert ESD to ISO). 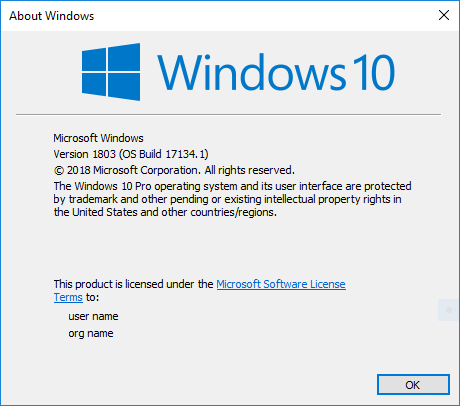 If you dislike using third party tool, you can use Microsoft’s Media Creation Tool to download or upgrade to Windows 10 April 2018 Update v.1803 now.