How to Join Windows Insider and Receive Latest Preview Builds

Windows Insiders are also the first to get the final RTM build of Windows operating system which is going to release publicly to end users, package as ISO images, burn into DVD and put on retail shelves, load onto new PC and etc.

After rebooting, the PC is officially a part of Windows Insider Program. You can go back to the Settings app to select the Insider level which control how fast and how frequent you’re receiving the new preview builds. The levels that are available are: 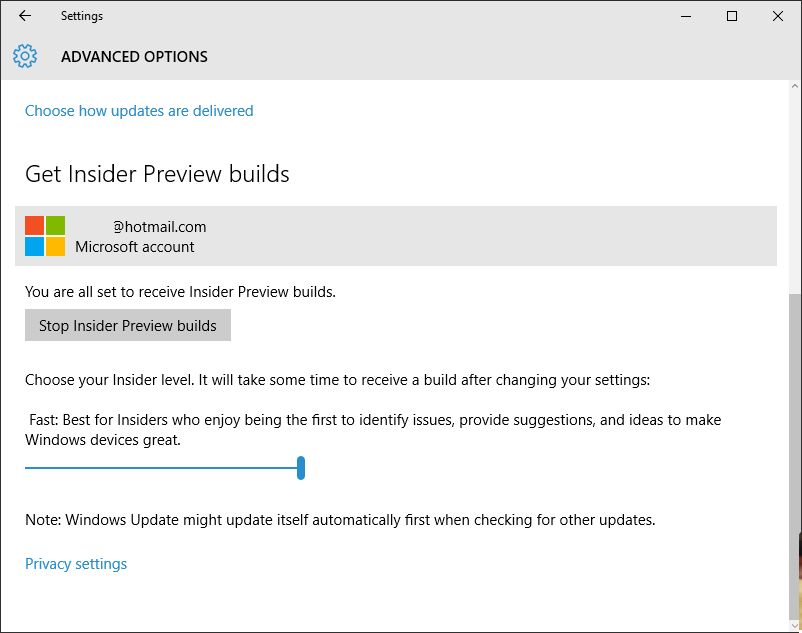 When all configuration is done, check for updates, and you should see new Windows 10 preview build been offered.