Want to play Pokemon Go without leaving the comfort of your home? Many Pokemon Go players have used various hacks and cheats, primarily via GPS simulation app such as FlyGPS on Android and LocationFaker in jailbroken iOS devices, or use trick such as using Maps app to simulate fake location.

For iPhone and iPad users who are not jailbreaking or cannot jailbreak the iOS devices, the alternative available to fake location for Pokemon Go is limited. But PokeGo++ (aka Pokemon Go Anywhere or Poke Go ++) is one of the best tweak available available for playing Pokemon Go on iPad and iPhone.

PokeGo++ works as an overlay on top of Pokemon Go game, and provides additional functions that help gamer to take full advantage of the game. Features of PokeGo++: 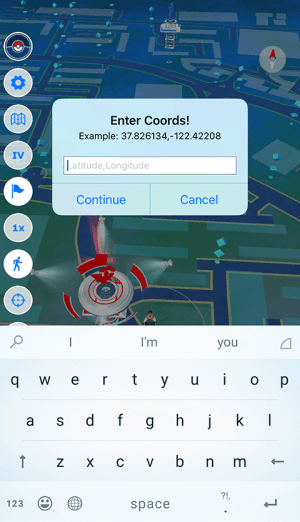 PokeGo++ was originally developed by Will Cobb. He lost interest in the project, and has since published part of the PokemonGoAnywhere source code on GitHub and transferred with development of Pokemon Go Anywhere to other developers who continue the project under the umbrella of PokeGo++ 2.0.

WARNING
Using GPS spoofing and teleporting function of PokeGo++ is considering cheating by Niantic, the developer of Pokemon Go, and may get your account permanently banned.

PokeGo++ 2.0 is currently available for iOS devices, both jailbrake and non-jailbreak version. The difference is non-jailbroken iOS devices that installed with PokeGo++ tweak will need to reinstall the tweak every 7 days, as the PokeGo++ is sideloaded onto iPhone or iPad using Apple Developer account. This is the restriction of free Apple Developer development certificate, not the limitation of Poke Go++ 2.0. In addition, non-jailbroken iOS users do not need to separately install official Pokémon Go app from the App Store, as the modded IPA has included the official game app to sideload. In future, the PokeGo++ 2.0 may be released for Android.

Do remember to reinstall Poke Go ++ every 7 days. You will notice that the Pokemon Go won’t run anymore (auto close when tap) when the development certificate expired.

How to Get PokeGo++ for Jailbroken iOS Devices

On jailbroken devices, Poke Go ++ works forever. Once installed, you can start to teleport and snipe Pokemons.