Install, Setup and Configure CGI and Perl in Windows XP

Obviously, a web server needs to be running on the Windows machine. Refer to this post for instructions on how to install Apache2 in Windows. 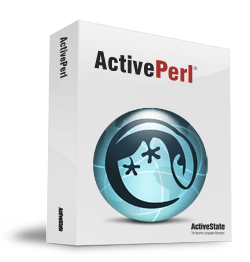 Then download the latest version of Windows MSI package.

Start the installation by double clicking the setup file. Follows the on-screen instruction. If you will be using Perl CGI programs and want to maintain some level of portability between both Linux machines and Windows machines, you may want to install Perl at the same location on your Windows machine as it is on most Linux machines.

For example, on Linux machine, Perl is located at /usr/bin/perl and so every Perl program that I write begins with #!/usr/bin/perl. So, it’s best when install Perl on an Windows machine, instead of installing it in the default location (i.e. C:\perl), install it in C:\usr instead, so that the Perl executable is located at /usr/bin/perl. This allows codes written on Windows machine been moved to, without changes, to Linux machine, and have it run there, and vice versa.

In the main directory section, search for Options Indexes FollowSymLinks (at about line 267), and add ExecCGI to the end so it looks like:

Search for the following line and remove the hash mark character (#) to uncomment this line. (You can also change .cgi to .pl, or add .pl behind .cgi if you prefer that perl extention is also treated as cgi files) For example:

Optional: Enabling CGI in Any Directory

If you want to use CGI outside ScriptAliased directory (ScriptAlias is usually the Apache2/cgi-bin/), comment out the following line:

Alternatively, if you want to specify just one directory to put all your cgi programs, change the path instead, but makes ure that directory exists.

Save the httpd.conf file. Restart the Apache server.

Tip
Replace backslashes of directory/folder path with forward slashes in Apache httpd.conf even though you’re on Windows machine.

If you don’t know where is perl.exe installed to, go to Start -> Search and search for perl.exe. This location is the path to the perl executable that has to be put on the top of all cgi scripts. If you follow default installation procedure, the path should be C:\perl\bin\perl.exe.

Save the following test script in your DocumentRoot directory (if you have uncomment ScriptAlias, you can put it anywhere inside your DocumentRoot directory, or if you have set ScriptAlias to some particular directory, put the cgi in that directory only, i.e Apache2/cgi-bin) as test.pl or test.cgi (depending on your configuration of the AddHandler line) and modify the first line as required to point to your ActivePerl interpreter:

If you see the above message, CGI is running. If you get a 500 error, go to the last entry in your Apache2/logs/error.log (or the Review Error Log in the Start menu) to see exactly what caused this error.