Lego The Lord of the Rings Free Full Game Download 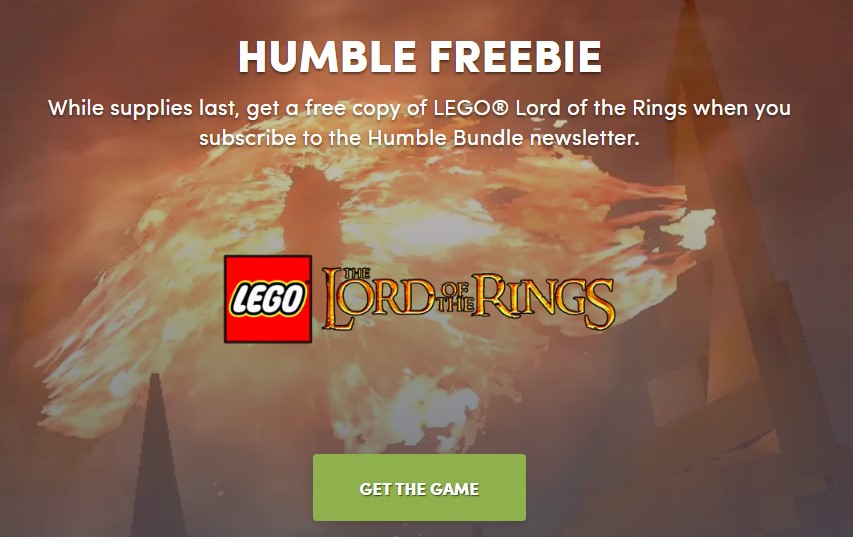 To claim the deal, visit the Humble Bundle’s Lego The Lord of the Rings game page to complete the sign up and checkout.

The free Lego The Lord of the Rings game by subscribing to Humble Bundle newsletter offer is valid for a very limited time only, specifically until December 22, 2018 at 10 am Pacific time or when supplies run out.

You need a Humble Bundle account to claim the free game, in addition to subscribing to newsletter. In addition, the activation of the game is done via Steam, so you have to have Steam account too. Note that you must claim the Steam key on Steam by December 27th, 2018 at 10 am Pacific time. The Steam key could be revealed from your Humble Library.