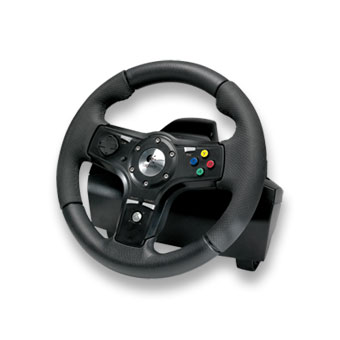 If you’re looking for a solid performing wheel with a good feel, you won’t be disappointed with the Logitech DriveFX Wheel, but you may want to hang on to your loot until Microsoft releases the goods.”