Microsoft Bob (internal code name “Utopia”) is a Microsoft software product to supplement the Program Manager in Windows 3.1 and Windows 95, and was released in March 1995. Widely regards as one of greatest failed Microsoft ventures. Microsoft Bob provides a new and nontechnical graphical shell interface to desktop computing operations back in era of 1990s. 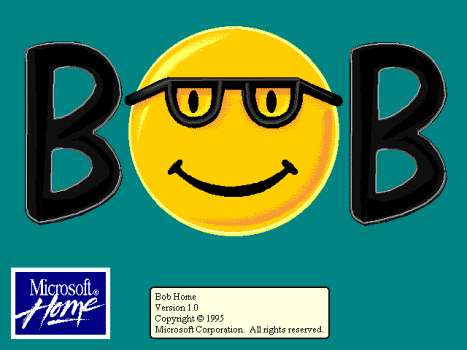 Despite the failure of Microsoft Bob and abandon or retraction from market, its features and characters have made way into many other Microsoft products to maintain its legacy. For example, “Bob” face is used in Windows Live Messenger as a “Nerd Smiley”, “Will” (only in Office 97) and “The Dot” are now Office Assistants, “Rover” the yellow dog can be found in the search function of Windows XP and its animations (like typing on a computer) inspired the Office Assistant “Rex”. Besides, “Rover” also appears in the Microsoft program Greetings Workshop.

And now, Raymond Chen, a well-known developer on the Windows Shell team at Microsoft who has working on OS/2, Windows 95, DirectX and later versions of Windows since joining Microsoft in 1992, claimed that Microsoft Bob is indeed delivered and distributed for free with every copy of Windows XP CD in TechNet Magazine. The encrypted version of Microsoft Bob is on the Windows XP setup CD just to fill up the free remaining disk space. 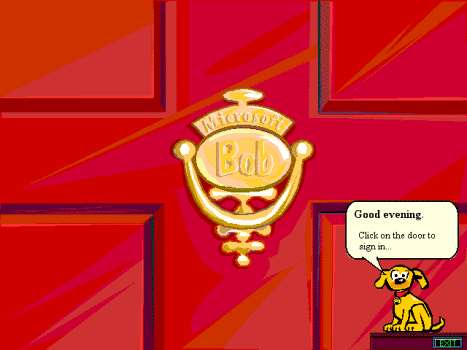 When you intend to distribute your software on a CD, one thing you have to worry about is making sure your product actually fits on a single CD. Fortunately, it so happened that even after taking into account the disk space required for translations, support tools, and the other stuff that has to go onto the Windows XP CD, there was still about 30 megabytes of storage capacity remaining. The people who worry about these sorts of things figured, well, we already paid for all that storage capacity on the CD so we might as well use it, right?

The person who was asked to implement this check (to have the Windows Setup program verify that the dummy data was still there) needed a source for the dummy data. Now, he could have just called the CryptGenRandom function to generate 30 megabytes of cryptographically random bytes, but where’s the fun in that? Instead, he dug through the archives and found a copy of Microsoft Bob. He took all the floppy disk images and combined them into one big file. The contents of the Microsoft Bob floppy disk images are not particularly random, so he decided to scramble up the data by encrypting it. When it came time to enter the encryption key, he just smashed his hand haphazardly across the keyboard and out came an encrypted copy of Microsoft Bob. That’s what went into the unused space as ballast data on the Windows XP CD.

In the end, Windows XP became the most effective Microsoft Bob deployment tool ever developed. And if you go way back into your closet, dig out your copy of Windows XP, and can somehow channel the right spirits to mash your hands on the keyboard in exactly the right way, then out of your encryption program will come a copy of Microsoft Bob. 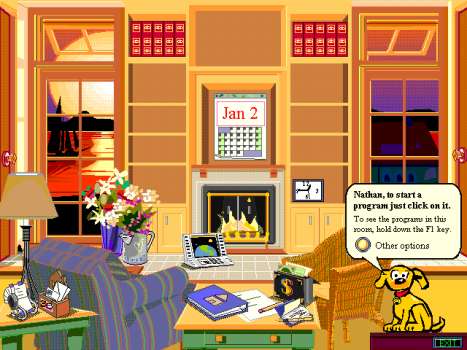 So how to locate, download and get Microsoft Bob from Windows XP CD? Too bad that even Raymond Chen himself doesn’t know where is Microsoft Bob. In Hanselminutes Interview with Raymond Chen () (no longer available), Raymond said “if you go and find your copy of Windows XP that you bought in the store and you know where to look, I don’t know where, because I just heard this story and if you can somehow mash your hand on the keyboard in exactly the right way, out will come a copy of Microsoft Bob.”

So despite Raymond’s claim that Microsoft Bob is everywhere, it probably not yet possible to extract the setup files for MS Bob from Windows XP CD. However, if you want to install and tryout MS Bob, or get interested in the failed application after view the video demonstration and preview of Microsoft Bob below, the setup installation files (MSBOB10A.ZIP, a newer version 1.00A that replace MSBOB.ZIP) can be downloaded from here.