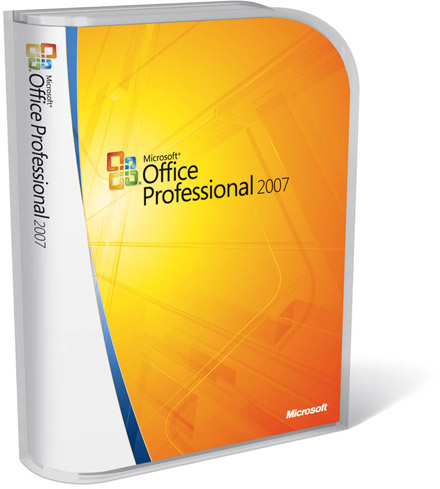 To download the full ISO or BIN CD image of Microsoft Office 2007 System Enterprise edition with BT torrent, you need to have BT (BitTorrent) client such as BitComet, Azureus, uTorrent, BT++ or ABC installed on your computer. The various Office 2007 torrents currently available download files that contain splits of a compressed archive. Use extraction or compression utility such as WinRAR to combine and extract or uncompress the BIN and CUE extension archive. Then, burn the Office 2007 CD image to CD by using Nero to run the setup from CD, or simply unpack contents of the image by using IsoBuster or UltraISO, and then run the office installation from the local disk by double clicking on setup.exe.

Unlike Windows Vista, Microsoft doesn’t update volume activation process for Office 2007 System, which is still using Volume Activation 1.0. In short, corporate and business users on volume license agreement require no activation. Thus, if any user can get hold, spy, hack, crack, steal, or ask somebody give a Office 2007 volume licensing key (VLK) serial number, then the user can install and use Office 2007 without any activation. For the above downloaded Office package, the VLK product key for Office 2007 is supplied in the text file with .nfo extension. However, the use of leaked and publicly available product key or serial number most likely will fail the Office Genuine Advantage (OGA) validation when trying to access Office Updates or add-ons from Office Online.

Microsoft has also launched Power Together marketing campaign to promote Windows Vista and 2007 Microsoft Office Systems. In the campaign, Microsoft will giveaway free genuine licenses of Vista Business and Office Professional 2007 after users complete certain tasks and fulfill the criteria.