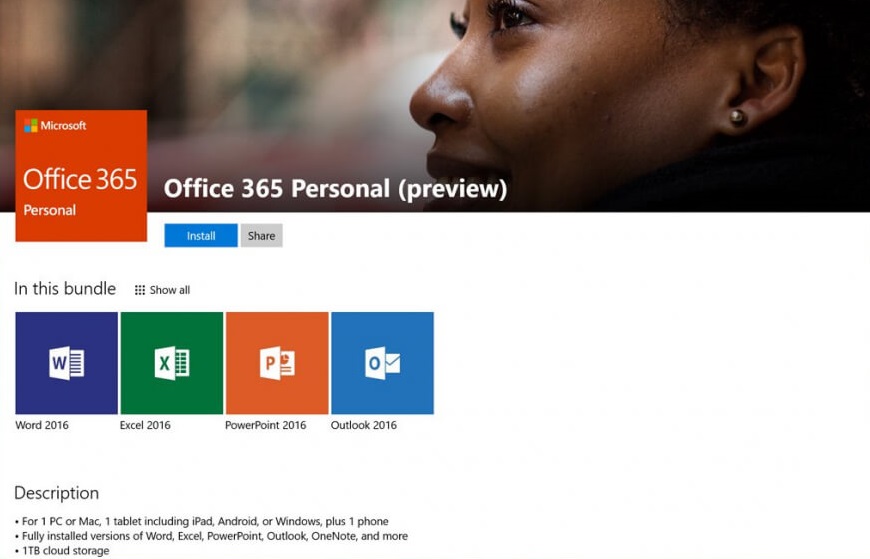 The Office in the Windows Store installed is almost identical with typical full version of desktop Office apps, with several exceptions according to Microsoft:

Previously, Microsoft has released Office as UWP (Universal Windows Platform) apps, which is now known as Excel Mobile, Word Mobile and PowerPoint Mobile respectively, and is now targeted towards mobile devices like smartphones and tablets with screen sizes less than 10.1 inches.

Microsoft is using Desktop Bridge (Centennial) to bring Office to the Windows Store, which serves only Universal Windows Platform (UWP) apps. Desktop Bridge has been used by many developers to make their desktop apps, also known as Win32 programs, to be compatible with the UWP system.

Visit Windows Store via http://aka.ms/CFQ7TTC0K5BF to get Office apps.