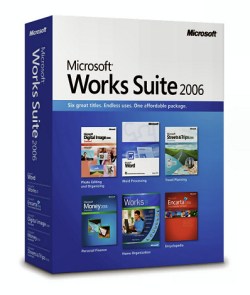 Seattle Post-Intelligencer tried to use and review Microsoft Works Suite 2006, and found that overall, Works Suite 2006 is suited for people who don’t need much kick and don’t want to buy separate programs for their home needs. People in business and so-called “power users” would be well-advised to stick with Microsoft Office.