With the release of final Windows 10 RTM Build 10240 as the latest build for Windows Insiders, millions of computers are now factually running the final gold master RTM release of Windows 10, and this allows Microsoft’s statements about Windows 10 to be proven, incorrect. 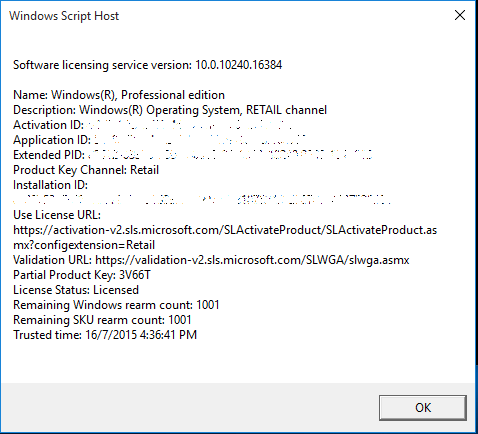 So, how do the non-genuine systems granted with genuine Device License and permanently activated status? The trick lies in the ability for various Windows activation hacking tools to make Windows genuine validation tool, such as Windows Loader which emulates OEM instant activation method, to believe that the current Windows system is “activated” and “genuine”, and allow the Device License to be granted and hardware ID to be recorded when upgrading to Windows 10.

Once the supposedly “non-genuine” system is upgraded to Windows 10 with license status shown as “Windows is activated”, the pirates are now as good as any other body else who legitimately enjoy the free upgrade license to Windows 10. They can now perform clean install with system automatically activated without entering the product key.