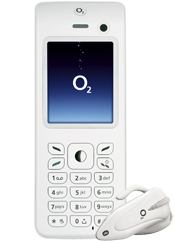 TrustedReviews reviews O2 Ice and concludes with rating of 7 out of 10 that O2 Ice is a very good looking handset. It ignores fancy buttons and bling for a rather understated but consequently appealing design. I have to say I like its whiteness. Feature-wise what you get is decidedly mid range, and O2 let’s the handset down a little by not paying enough attention to detail. Web browsing with fit-to-screen rendering and mini USB connectivity would have been welcome.

Tech Digest reviews the Ice phone and concludes that “the combination of the design with the lack of features and the awful ringtones means this isn’t a phone that I’ll be pocketing any time soon. However, what I see as a lack of features others will see as a simple user interface, and the design will appeal to others as being clean and curvy. However, even with these differences, O2’s 3G service isn’t enough of a draw for this to be chosen in that most competitive of markets, the mobile one.”

3G concludes that the Ice does its job pretty well, though it falls over a little if you start to get too sophisticated. The limitations of the music player and camera might reduce its appeal, for example, and you won’t want to go beyond O2 Active onto the Web very often because the handset doesn’t render Web pages into a ‘fit to screen’ viewing mode. But taken as a mid range 3G handset with PC synchronizing and a sleek and appealing design, O2’s Ice is certainly one cool customer.