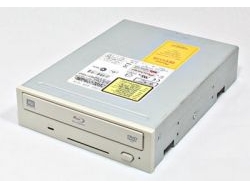 PC Advisor tested a production-level BDR-101A drive using shrink-wrapped BD-R media from TDK Electronics, and close-but-not-quite-final software from Sonic, with conclusion that it’s going to be a year before Blu-ray becomes a viable option for most users. The early signs are good, though, and while this drive has its limitations, it’ll be of interest to professionals who need a high-capacity drive and early adopters who can’t wait to get their hands on the next big thing.