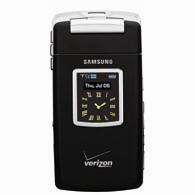 (dead link) reviews Samsung SCH-A990 mobile phone and concludes with rating of 4 out of 5 that for camera-phone aficionados with deep pockets, the SCH-A990 appears destined to quickly become the gadget of choice. However, those prone to fainting from sticker shock are forewarned that the real-world price of a fully functioning A990 falls just south of $500 when the “optional” $99 memory card and $30 USB cable are included.

MobileTechReview concludes that SCH-A990 is the best camera on a CDMA phone in the US, period. The camera takes excellent photos that can rival some of the best Nokia and Sony Ericsson high-end camera phones. The auto-focus, microSD expansion slot and variety of camera settings make for an excellent camera and turns the Samsung a990 into a convergence device. The Samsung performs well as a phone and has a strong set of features including Bluetooth, EVDO, PIM apps, messaging and multimedia players.