Skype Translator breaks the language barrier by allowing someone on almost any Skype client who speaks another language to start talking, through instant translation. Skype Translator is currently in preview state, and only English, Spanish, Italian and Mandarin are supported for speech translation for the time being, through Microsoft plans to add more in the future. 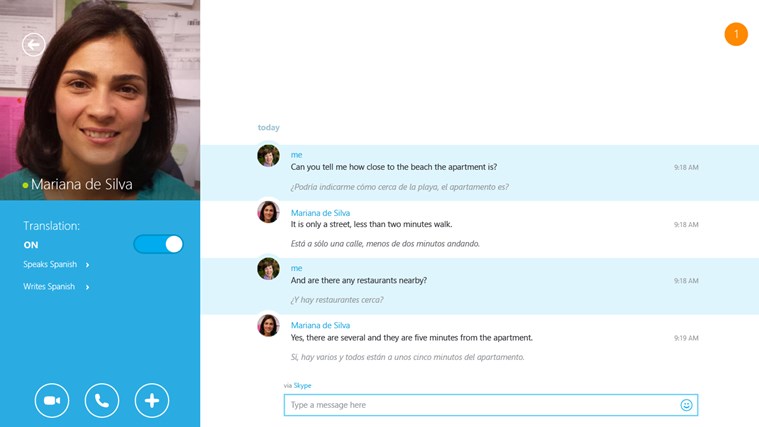 Download the free Skype Translator app from the Windows Store.

Unfortunately, Skype Translator does not have an desktop app version, even though receiver is recommended to use a desktop Skype client.

The short video below shows how to use Skype Translator to chit chat with other who uses another language, with the help of near real-time Skype translation.