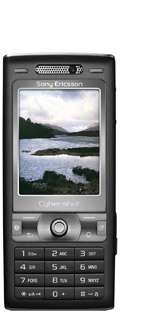 Hardwarezone reviews Sony Ericsson Cybershot K800i and concludes that K800i is a fun phone to have and we recommend it for those who don’t want to carry two separate devices. Feature wise, the K800 is quite similar to the K750 with the exception of 3G video calls and RSS that mobile warriors would especially when moving about. The only gripe we had was the low 15FPS of its video recording mode. In a nutshell, the Sony Ericsson K800i has almost all the features you would want in a modern nifty device. It is available now at a RRP of US$593 without operator plan.

3G reviews Sony Ericsson K800i 3G Phone and concludes with total score of 91% that the K800i is the closest a camera phone has come to matching the quality and functionality of a proper digital camera. Sony Ericsson has raised the mobile photography benchmark with the K800i. K800i is good for photographic performance that is striking and slick. However, no optical zoom for such a high-standing camera phone, and introduce yet another MemoryStick format.