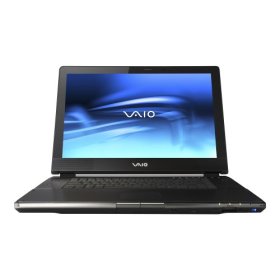 PC Magazine reviews Sony VAIO VGN-AR190G digital studio laptop and concludes good editors’ rating of 3.5 out of 5 that the VAIO VGN-AR190G is Sony’s best portable Media Center offering so far, but it’ll put a large dent in your wallet. Because of its HD recording capabilities and other promising A/V features, this attractive laptop is a bit more compelling than the Qosmio G35-AV650. That said, my suggestion is to delay taking the plunge until Sony hammers out several software issues and more Blu-ray titles hit the shelves.

(dead link) reviews Sony Blu-Ray notebook and compares it with Toshiba Qosmio G35-AV650 that which HD-DVD enable, and concludes that if you’re chomping at the bit to start watching, editing, and burning HD video, the Sony VAIO VGN-AR190G delivers the goods. If your hedging between this Blu-Ray system and the HD-DVD-enabled Toshiba Qosmio G35-AV650, the Sony gets points for its lighter, sleeker design (8.4 pounds versus 10.1 pounds), better graphics scores, and, of course, the fact that the VAIO’s Blu-ray drive can write as well as read discs. However, these advantages don’t quite justify the $500 delta between the Toshiba and Sony.