Home»Software»Office»Using No Need to Remember Ribbon Keyboard Shortcuts in Office 2007/2010/2013/2016
Previous Next
Using No Need to Remember Ribbon Keyboard Shortcuts in Office 2007/2010/2013/2016
Microsoft Office 2007, or 2007 Microsoft Office System (O07) is the latest productivity suite from Microsoft official released and launched on 30 November 2007 to business customers, or early 2007 to mass public retail. Office 2007 is a major upgrade and has lots of improvements and innovative features over previous version of Office programs (Office 2003). One of the major new features of Office 2007 is the entirely new graphical user interface called the Ribbon, replacing the menus and toolbars that have been the cornerstone of Office since its inception. Another feature is the easy-to-remember (or more appropriately to call no-need-to-remember) keyboard shortcuts or shortcut keys to access to commands and functions of Office 2007 programs. 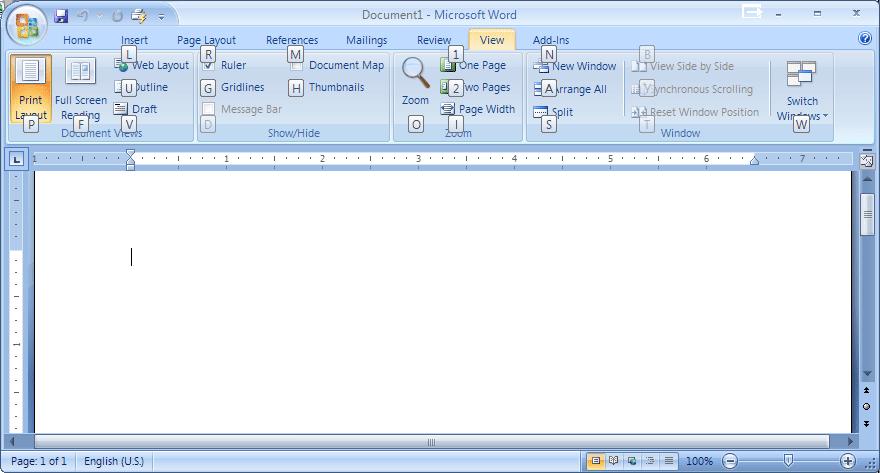 Word 2007 ribbon with keyboard shortcut keys displayed. The disabled shortcuts are still been displayed, although it’s grayed out.

How to Use the Keyboard Shortcuts in Office 2007

By using Save as PDF as an example, using keyboard shortcuts in Office 2007 is extremely easy and requires no memorization of key sequence or key combination at all. 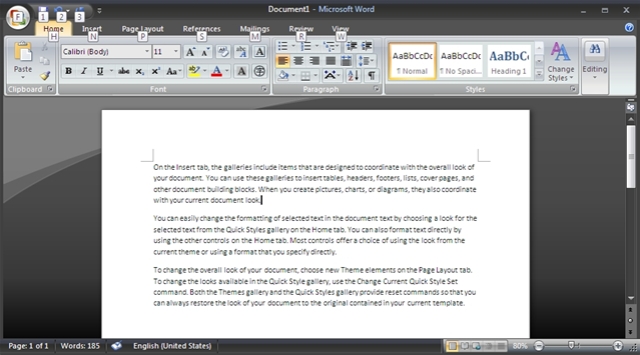 Simply press the Alt key, and the next available keyboard shortcuts for commands and menu options is been display. Press to F to access Office menu. 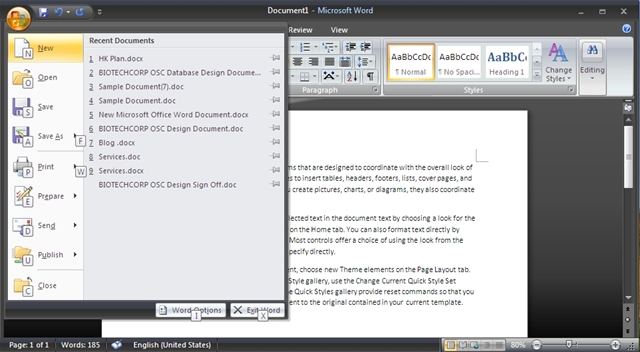 Inside the Office menu, the available shortcuts for each menu items is displayed next to it. Simply press the corresponding key on the keyboard. In this case, press F again. 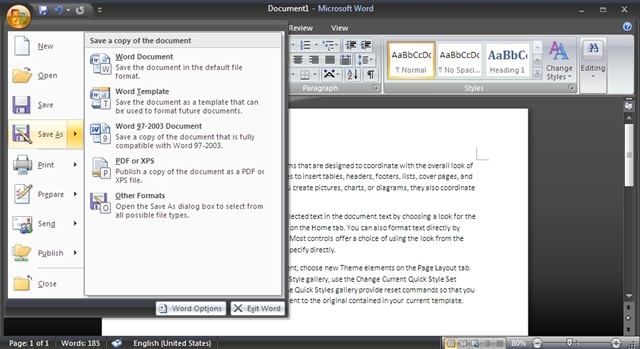 Press on the appropriate keyboard shortcut again (P) to Save as PDF. 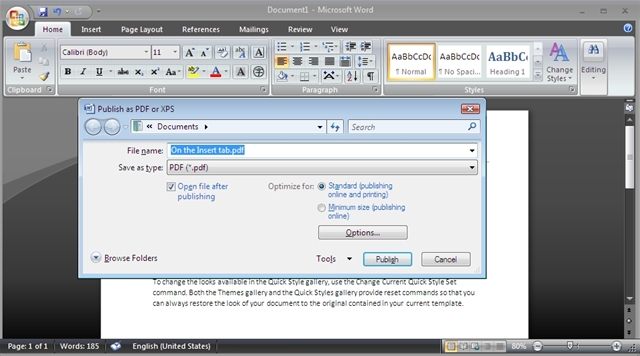 After the complete keyboard shortcuts sequence, the Publish as PDF or XPS dialog window appears.

Update: The trick above works on newer Office versions with Ribbon menu, including Office 2013 and Office 2016.