If you download and run the Windows 10 Update Assistant (Windows10Upgrade.exe), you will see the following message:

Update to the latest version of Windows 10

One of the best features of Windows 10 is that it keeps getting better with every update. This PC is currently not running the latest and most secure version of Windows 10. This PC is running version 14393. The latest version is 15063.

We can help you get the latest security enhancements and feature improvements. Click ‘Update Now’ to get started. 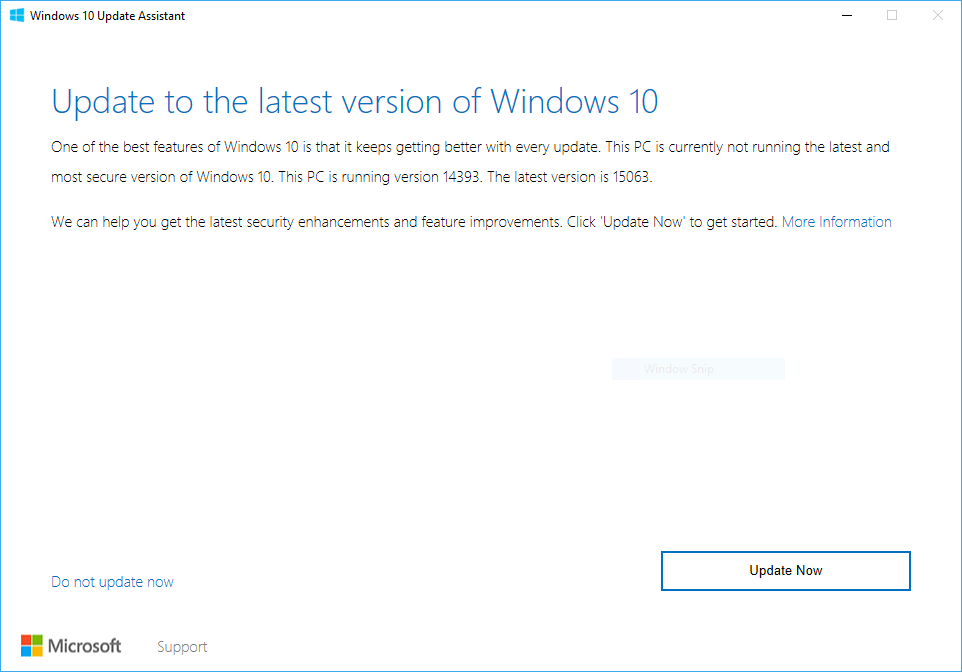 The message is actually similar when the tool is used to upgrade to Windows 10 Anniversary Update Build 14393, except the change of build number to reflect the release of Windows 10 Creators Update.

After Windows 10 Creators Update, expects another update in the Autumn with the codename Redstone 3 (RS3), which will include a brand new UI Project Neon.