Windows 10 Build 101059 has the full build string of 10159.0.150626-1834. Although the build number has the difference of just 1 in number, according to Microsoft, Windows 10 Build 10159 includes more than 300 fixes compared with Windows 10 Build 10158. One major visual change is the inclusion of Windows 10 Hero wallpaper. In addition, the logon screen is redesigned with user’s photo take centric position. 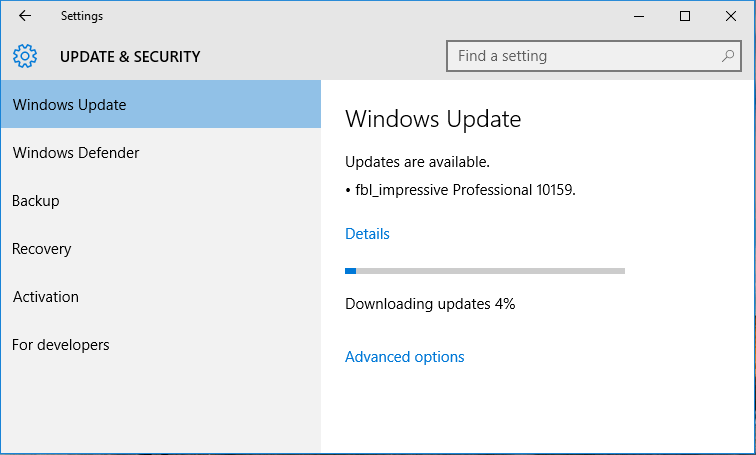 Note that if you’re currently using local account, you need to connect your Microsoft Account registered with Windows Insider to the device to continue receiving the new preview builds.

Do caution that if you’re actively downloading Windows 10 Build 10158 when build 10159 is published, you may get an error 0x80246017. If that happens, just reboot your PC, go back to Settings -> Update & security -> Windows Update and check for updates again and the build 10159 will be offered.