Home»Operating Systems»Windows»Windows 10 Supported Upgrade Paths (Upgrade Matrix)
Previous Next
Windows 10 Supported Upgrade Paths (Upgrade Matrix)
Looking to upgrade your current Windows 7, Windows 8 or Windows 8.1, Windows RT or Windows Phone system to Windows 10, especially Windows 10 is free for everyone in the first year of release? Other than worrying about whether your system’s hardware specifications fulfill Windows 10 system requirements, Microsoft has also made known how you can install and upgrade your system to Windows 10 when it’s released summer 2015. 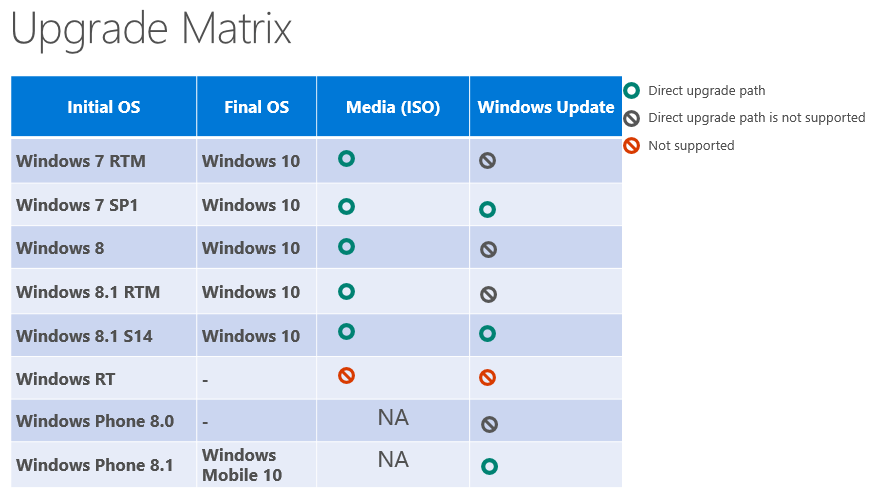 Unfortunately, Windows RT users won’t be able to upgrade to Windows 10 at all.

Interestingly, unlike previous Windows operating system, Windows 10 can be uninstalled, which should bring you back to original Windows OS version.