Windows Terminal is an open-source, new, modern, fast, efficient, powerful, feature-rich and productive command line interface terminal application for users of command-line tools and shells in Windows operating system, such as Command Prompt, PowerShell, and Windows Subsystem for Linux (WSL). In other words, Windows Terminal is the go-to app for all your Windows command line needs with many enhancements and features. 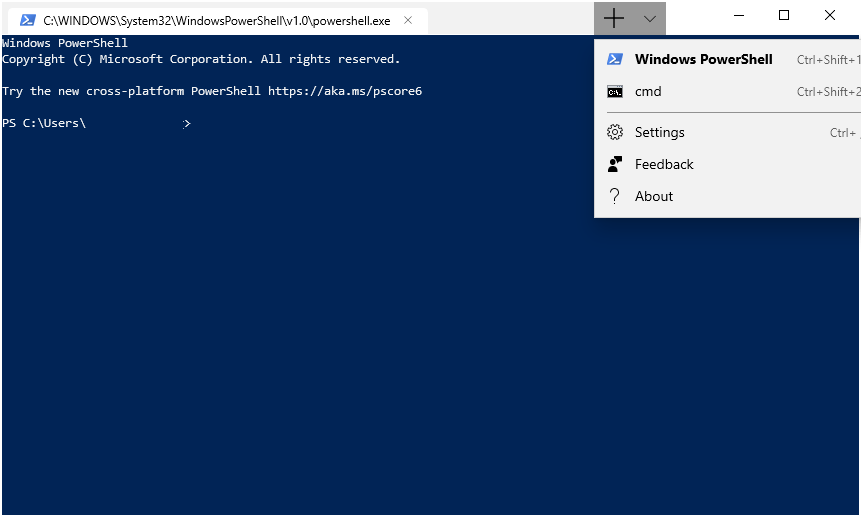 The initial preview of Windows Terminal does not have many customization settings in the GUI, which many would expect from a typical Windows app. Though these customization options may be available in the final edition, if you want to customize Windows Terminal now, you need to alter the JSON file which stores all the settings. The profiles.json file comes with Microsoft’s defaults, and you can change it according to your preference to customize or configure the app’s settings such as background color scheme, background image support, keys binding, and more by modifying the JSON file.

To access profiles.json, click on the settings button within the dropdown menu and the file will open within your default JSON text editor. Each profile is a JSON object with customizable properties that can be modified based on your preference. When done, save the chnages, and the Terminal will automatically refresh the display the changes.

Download Windows Terminal for free from Microsoft Store. If you want to browse the source code, or want to compile the app yourself, visit its GitHub repository. The final full version 1.0 of Windows Terminal is promised to be released by Microsoft on winter 2019.